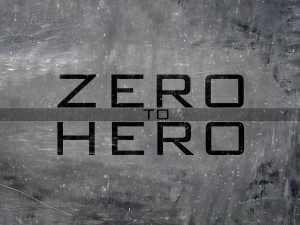 Object: A canister of pepper spray

Synopsis: A dejected man who lost everything and has nothing more to live for, crosses paths with two other worldly beings desperately trying to escape a feared adversary— The unlikely trio are on the brink of extinction. Can they triumph over their impending demise?

Marc makes his way down Second Street. He can feel the edge of winter in his bones as he shoves both hands into the pockets of his tattered jeans.  He reaches Third and Main, then turns down the dark cold alley. “Good, my stuff is still here,” he mutters. This is the fifth alley he’s had to move to in the past three months. Getting robbed, overcrowding was some of the reasons. However, this alley, nestled within a downtown affluent neighborhood, proved favorable; for now, at least.

Marc sits on the dirty worn mat situated at the far end of the alley between a stack of battered boxes and the dumpster. He pulls out some coins and a few crumbled dollars from his pocket, then hides them behind a loose brick of a building’s façade. Panhandling is tough, so he decides to count the money later in favor of rest. Instantly, he succumbs to the depths of sleep, surrounded by darkness and distant city noises. Visions of his life before he became homeless overwhelm his slumber. Partner at his firm, nice house… all taken away by gambling and alcohol.

Anger rises within Marc. He rolls over and yells, “You’d better …”

“What are you?” Marc points, “Wait, are you….” Marc quickly conjures up a memory of reading about them in books back in grade school, “…fairies?”

Star whispers into her sister’s ear.

“Yeah. And how come you’re speaking….”

“Your language? That’s because we speak whichever language of the beings we come across. What place is this?”

“This is planet Earth.”

Clem and Star’s eyes widen, then deliberate in hushed voices.

“What’s this all about?”

“Nothing. Just that we have been told by our elders this planet is forbidden.”

Marc narrows his eyes at Clem.

“Well…” Star elbows Clem. Clem shoots back a scowl. “I think he should know. Don’t you, Star?”

“Know what?” Marc crosses his arms.

“Nothing. Only Earth will be completely destroyed in a year.” Star taps Clem on the shoulder, then whispers something to her.

Marc gives them a blank stare, then laughs. This has GOT to be a dream. I’ll just go back to sleep then wake up.

“Is there something wrong?” Clem inquires.

“Nope. Good night!” and with that he lays back down.

Soon, Marc hears the sound of pandemonium in the streets.

Someone’s TV blares from one of the upscale apartments.

… And we’re requesting everyone to remain calm. We’re hoping the meteor’s trajectory changes, but it appears unlikely….

The blood drains from his face.

Life, or what’s left of it, flashes before his eyes.

He looks over at the fairies still standing before him. He resigns himself to his fate.

“Go back to where you came from. Let me die in peace.”

“My help? My world is toast and you ask me for my help!”

Suddenly, a loud roar echoes through the alley, shaking the ground. I guess this is the end, Marc thinks to himself.

But he looks up.

All of them do.

The fairy sisters hold each other tight.

Marc braces against the brick wall as if doing so would make him disappear into it.

The creature is the most beautiful, frightening thing he’s ever seen: burnt red scales like a snake, glowing yellow eyes, towering over the buildings lining the alley.

“Yes! You think your world is ending? Ours is about to as well. Blaze, the most feared enemy of the Fae realm, is destroying the planets within ours one by one. The magic we have are no match for him. Can you do something?”

Marc stares down at them. They may be thousands of years old, but they look like scared children. He swallows hard; chest tightens. What can I, a washed-up attorney, with only the clothing I wear and the mat I sleep on, do to help save these fairies? On top of that, my world is ending. What’s the point?

Those words hit him square in the heart. He chokes when he sees the glittering tears roll down their faces.

He looks up at Blaze.

Marc tightens his fists, narrows his eyes, his resolve strengthening.

He swiftly pulls out a canister of pepper spray. This may or may not work. Here’s hoping.

Marc flips the top; a lump catching in his throat.

Blaze breaths in deep, stoking the fires within him, getting ready to attack.

Out shoots the fiery, hot droplets into Blaze’s mouth.

He violently thrashes about, then dissolves into nothing.

“Oh my goodness. I’m not sure how, but… you did it! Thank you! How can we ever repay you?”

He sees folks running helter skelter down the alley.

Marc makes his way down Second Street on this beautiful, crisp morning. He passes the alley on Third and Main, then stops at the newsstand. He smirks as he reads the headlines.

Marc picks up a paper, nods at the attendant as he pays.

He turns to leave, then looks up and sees Star and Clem twittering about.

He gives the fairies a wink; they giggle then disappear.

First day back at the firm.

September 20, 2016
Blog Post Comments are closed Scarlette Rayne
← We’re in This Together Featured Book of the Day! → 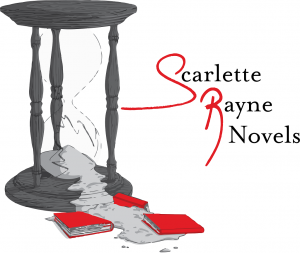